The only son of founders Dale and Marla Bleecher, Nicholas is the winemaker and general manager, overseeing all aspects of operations and winemaking at Jericho Canyon Vineyard. He grew up working in the vineyards after school and during summers then eventually in the winery when the building was completed in 2006.  After earning degrees in viticulture and enology and managerial economics at UC Davis, he honed his skills abroad as most young winemakers do.  Coming home to Jericho in 2011, he worked on custom crush projects under Heidi Barrett, Bo Barrett, and Thomas Brown and with Aaron Pott and Michel Rolland crafting Jericho Canyon Vineyard wines.  Today, he makes Jericho Canyon Vineyard's wines and serves as winemaker for his personal clients. 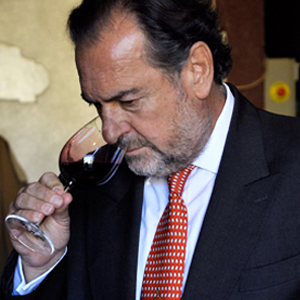 Often cited as the most influential winemaker alive today, Michel Rolland is a Bordeaux based winemaker with an exceptional aptitude for blending. Consulting for over 100 properties in 13 countries, Rolland’s wines have garnered praise for decades. His Napa Valley clients include Araujo, Bond, Harlan Estate, Dalla Valle, and Staglin. Jericho Canyon brought Rolland on to the winemaking team during the 2010 vintage blending and continues to learn from his unparalleled experience in both viticulture and enology.